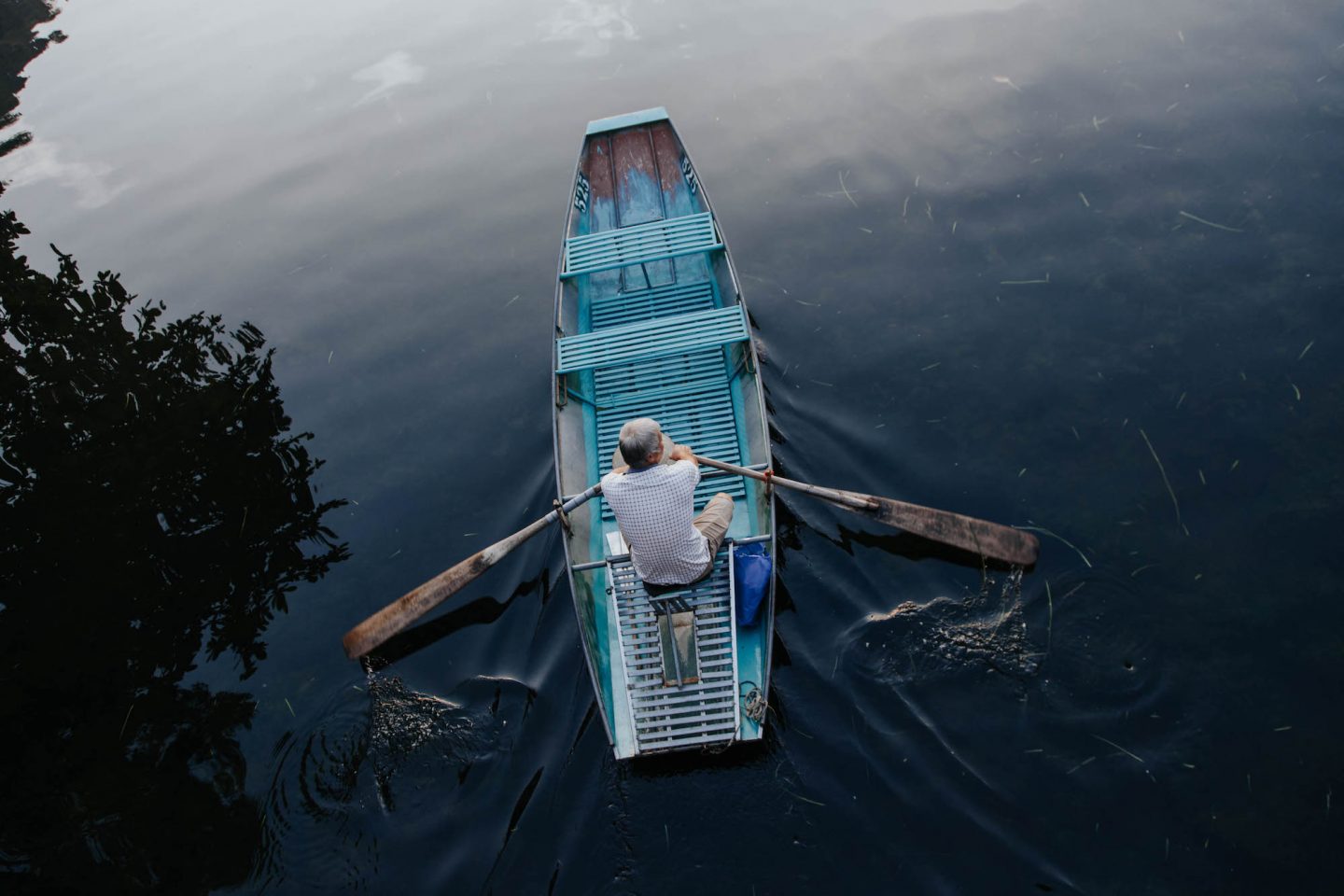 A picturesque backdrop of mountains, lakes and rice fields, Tam Coc is only a two hour train ride from Hanoi, making it an easy, low-prep weekend away for us. It’s well-accustomed to all tourist needs and anything from accommodation to motorbikes, bicycles and boat rides can be easily booked upon arrival.

The heart of this village is its lake, where boat tours depart and take visitors along the beautiful Ngo Dong River through three natural caves. Homestays are dotted around the lake and brightly-painted sampans line the shores ready for the unloading of tour buses. We watched as a sea of life jackets descended upon the lake as we arrived and decided to reschedule our ride for 7am the next morning.

Instead, following a dirt road that meandered from the southern end of the lake towards Thai Vi Temple, we wandered through the rice fields and soaked in the mountain views. When the rain started, we took shelter in a temple and Joris found himself in conversation with a local actor. He listed a number of movies that have been filmed in the area including the latest Kong. We wandered on a bit further after but turned around once we spotted his film crew. Post-beers that evening we returned in pitch darkness, followed the track further and found this stunning overhang.

On the classic tourist agenda, we hired motorbikes and rode out to Hang Mua for a panoramic view of Tam Coc. Climbing 500 steps with us were many many other tourists and a handful of brides and grooms. The view was as spectacular as promised, particularly accompanied by beers and the great spectacle of carefully-coordinated instagram photos (conical hats included) alongside elaborately-styled wedding photos.

The next morning, Mark and I rose early and took one of the first boats out. A couple of paddles in, our guide switched from using her hands to her feet – a peculiar technique and skill that takes the strain off her back. Though a pleasant and serene ride, we did encounter a couple of boat vendors who prowl the river selling food and drinks at inflated prices, guilt-tripping tourists into buying food for their guide.

We spent the remainder of the time touring temples, pagodas and detouring down side roads. Though we found the region extremely touristy, it was easy to see why the picture perfect surroundings attract a crowd this big. 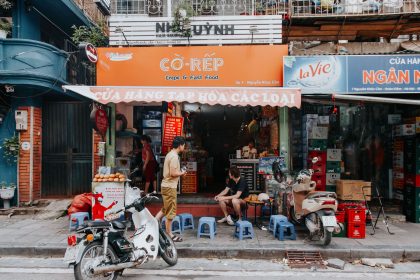 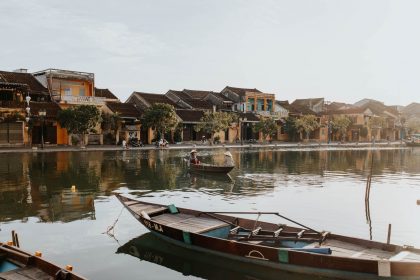